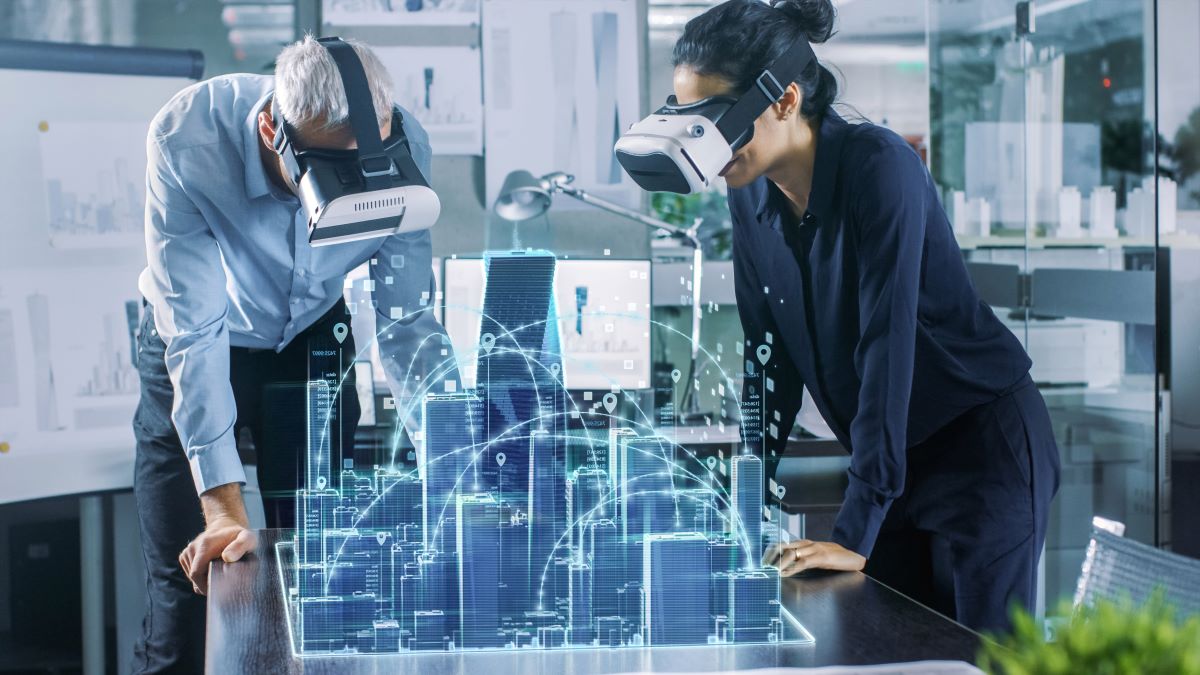 Is There a Difference Between Augmented and Virtual Reality?

The most simplistic answer is YES.

When explaining the ‘WHY,’ we must dive into further detail; together, both forms of technology create an improved and new experience to users. Augmented and Virtual reality is intended to be utilized in conjunction as they take you between real-life and virtual worlds.

As technologies continue to surface and advance, not only are artificial realities being improved upon, their uses are expanding between industries, games, healthcare advancements, and more.

When thinking about artificial reality, many people report the words Syfy or revolutionized technology as the first things in their mind. This form of technology is a computer-generated replica of a three-dimensional picture or environment.

These productions can be interacted within seemingly real domains by a person using the specially designed electronic equipment. Such equipment includes a helmet or glasses with a screen inside or gloves with sensors attached to them, for example.

What are the benefits and uses of this technology, you ask?

Artificial reality is used in games, surgeries, flight simulators, and weather forecasting. The benefits of this technology are fantastic—artificial reality aids in the enhancement of medicine, entertainment, and more.

Virtual reality and Augmented reality are used for many of the same things, although the allusions are presented in different ways.

Virtual Reality is a simulation, computer-generated, of an alternate world. The utilization of this technology is often used in 3D films and video games.

The goal is to cause the viewer to be engaged and seemingly within the show or game they are viewing.

Instead of merely watching the action on a screen, you are virtually put into the 3D world. Rather than viewing it, you feel a part of the scene in front of you.

Computers are used as well as other devices that cause you to use your senses, such as gloves or a headset. The impression is that you are somewhere else. Some of the headset brands used with this artificial simulation are specially designed to cancel all surrounding sounds.

Likewise, the visual aspect of the technology fills your entire array of vision, capturing it within the screen.

You are taken to a newly existing world, all the while never leaving the real one you are actually in.

When using Virtual reality, the games or apps you are using allow you to emerge in a completely technology-designed world, regardless of your physical location. So, while you are sitting in a chair starring straight ahead of you, your virtual headset may be taking you through a maze, down a hill, and up a staircase without you physically leaving your chair.

Better yet, it feels all too realistic.  That’s the point!

Devices utilizing this technology, such as smart glasses, are clear, allowing you to see all that is in front of you vividly. AR is designed to be used without movement as it projects images on top of whatever you are looking at.

In the world of gaming, this can be useful.

One of the most recent smartphone games is the Pokemon Go app. The game is played as your device’s camera tracks your surroundings, while providing an overlay of information on top of it, through the screen for the gamer to see.

Moreover, Augmented reality is particularly impactful around the world as it is more readily used during trials, medical procedures, and throughout countless industries. Surgeons are now given data directly as they are performing life-saving procedures.

This is quite amazing.

Software applications that affiliate visuals (such as audio) into a person’s real-world setting. These are also known as the apps we use on our smartphones each day. Examples of Augmented Reality apps include the Google Sky Map, SpotCrime, and PokemonGo, to name a few.

Virtual reality and Augmented reality are not the same.

Virtual reality is used to create the illusion of doing something you are really not, walking where you are not really walking; holding something that is not literally in your hand. Seemingly walking through a flame of fire has no consequences in real life;

Virtual reality gives experiences without the risks that come with them.

On the flip side, Augmented reality can be used for the purpose of providing useful information to the user about what is actually going on in front of them. This can be used for real-life tasks and in professional industries and can be expected to provide accurate and up-to-date information.

Such industries that rely on Augmented technology are technicians, medical staff, or engineers, to name a few.

Augmented and Virtual reality is also unique in other instances. Some of the most distinctive differences between these two technologies are:

With VR, the reality is replaced. This is helpful for gamers or those viewing content, allowing them to be captured at the moment.

AR, however, enhances the reality you are already seeing. Multiple industries benefit from this technology. For examples, healthcare professionals are able to use it for patients to gather vitals such as heart rate and respiration through the use of biosensors. The data gathered is then used to evaluate patients and point in the direction of the correct treatment.

So, while these artificial realities differ in many ways, there are also a few notable similarities. They share other like qualities, such as:

Editor’s Note: Read “How to Get Started in Virtual Reality”

Benefits Versus Downsides of Virtual Reality

There are some positive aspects of using Virtual reality, some of which are:

Virtual reality technology is used for numerous tasks. Additional examples of this include use by the military for flight and battlefield simulations, a primary method for treating Post-Traumatic Stress Disorder (PTSD), medical use for practice and procedures, and many more.

So, while VR can be used for endless tasks and it promotes many lasting advantages, there are a few downsides to also take note of.

For example, envision you are shivering due to an absence of warmth while you visually see flames come up around you. Now, how convincing is that experience? Not very.

Benefits Versus Downsides of Augmented Reality

As in the case of Virtual reality, Augmented reality also holds positives and negatives. Some of the favorable aspects are:

Augmented reality apps are used to embed images, videos, and text. It can also be used by the printing and advertising industries to show digital content on the top of real-world magazines.  Additionally, some of the AR apps can even interpret texts in other languages instantaneously.

The opportunities are endless.

Some of the less desirable qualities of Augmented Reality include pricing, overall health, and security. AR is:

Both Virtual reality and Augmented reality are advancements in technology that are purely astounding. These new forms of exploration have become quite popular and useful in numerous ways.

When asking about the differences between Virtual and Augmented reality, the answer is many.

Despite the reality, there is much more that needs to be achieved and improved upon for both technologies. At this given point, the benefits are notably many.